Oh how we are moving now at G-force speeds towards totalitarian, 1984 style government/corporate censorship of anything the left doesn’t like. Listen to at least the first twenty five minutes of this show – you need to pay close attention to the language used. The use of linguistic manipulation is so very clear. The author is a left-wing hate-monger. She hates free speech, and she hates (and wants to silence) anyone who disagrees with the satanist leftist politics which has infested her spirit, her will and her actions.

The internet, as a whole (hole? 😉 ) has allowed all of us to hear the opinions of others, and share our opinions. The problem with this is that our natural conservatism goes against the grain of satan’s plans for global communism, totalitarianism and control. How can the left succeed in their evil ways when ordinary people are allowed to keep saying what they think. Our polite tolerance of the opinions of the left has led us into a cage where we are not allowed to speak. It’s George Orwell’s 1984 (and I quote:)

Yes, a boot stamping on a human face, forever. This is the left – you see freedom to push an evil agenda like transgenderism is allowed, but to oppose it is forbidden. Satan is at the root of such things, and his plans, and the Marxists who are in power (in government, in the schools, in your kid’s University) – they have shaped the minds of a generation who consume information indiscriminately, who cannot “discriminate” against probable truths or probable lies (with or without evidence, there is a level of discernment which comes from understanding human history and how governments and the media work). These youngsters must be protected from truths which challenge their cherished indoctrinated beliefs, and so rational thought, strong arguments and sensible debate must be silenced – by the left, who claim they love and support diversity.

The Marxists have won, and it’s time to leave – where will you go?

I actually have a qualification in this subject! Lol! I did a GCSE is something called ‘Welfare and Society’ – yes really. Well laissez faire economics is the ideal, isn’t it? Laissez faire basically means ‘leave us  alone!’ – telling government to get out of our lives and not regulate trade so that traders can do as they please. The ideal part of this is that those who work best, most efficiently and produce the most desirable products are successful, and those who are less efficient will lose. Regulation is expensive, and cumbersome, and works AGAINST innovation by putting obstacles between people and their business ideas.

This subject follows on nicely from my earlier post (Link) and I want to share this debate between Paul Craig Roberts and Stefan Molyneax – it’s very interesting.

The thing I want to add is that the greatest factor in production at one time was the Protestant work ethic! Of course that came with a built in morality which ensured that greed was stemmed at the potential source. The change came when hidden hands decided to sew up markets behind closed doors. Diamond mines? Oil and steel? No-one dares rock the boat – OPEC is a cartel. A free market, when there are no morals except ‘profit for our shareholders’, produces a farm-society where we are merely worker bees producing products and profits for the handful of poeple who own the most ‘chips’ on the gaming table. The 0.1%.

I think that Stefan Molyneaux is an idealist – the real truth is that the love of money is the root of all evil, and once that becomes the driving force in business, morals will go out the window. When designing products is based only on providing money for a business, catching some ‘wave’ of popularity, there is no moral imperative to stop society sliding down into total depravity. Tindr and Grindr apps are a good example of this – they weren’t ‘good ideas’ they are base and appeal to base instincts.

I hope you enjoy the video – I learned some things I didn’t know about how the system is being worked by corporations.

You might also enjoy this video, which I’ve posted before:

Lassiez faire economics also affects the welfare state – there is no welfare state under laissez faire. This increases the charitable sector, which in some ways is good, because they should be aiming to give folks a hand UP not a hand OUT. The Victorian era was the time when charities came to the fore to help the poor. The problem comes again when charities are self-invested – in other words a charity which helps the poor should be aiming to make itself redundant, but today charities are regulated by the charity commission which requires them to seek donations whether needed or not – it creates a dependency from the charities on the very problem that they were created to help. Charities also pay their CEOs a huge amount of money – of course they are not seeking to put themselves out of work!

So in conclusion, lassiez faire is great when it applies to the Christian guy running a mom-and-pop shop with his wife and family. When it applies to freemasons and satanists who worship and seek power and financial rewards and influence to skew the whole system to their own requirements, that’s another matter, and it requires regulation. We have never really had true lassiez faire economics, and we aren’t going to anytime soon. Just look at TTP!

I want to recommend these videos – the information included is vital to understanding the situation.

Firstly, let’s look at Stefan Molyneaux – this is a great and very detailed video:

Now, James Corbett and his team of researchers have come up with this information:

I also recommend you look at this video:

Yes, around 40 seconds in, and I didn’t even know for sure what I was looking for, and yet it was noticeably odd enough for me to spot him. 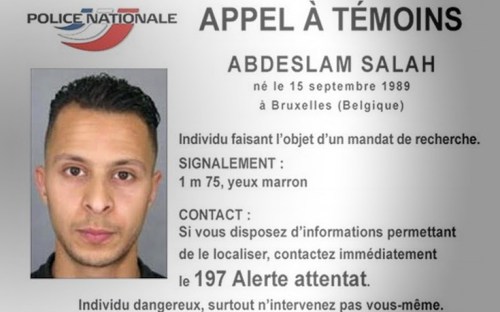 Lastly – another aspect of the story we need to look at:

Finally we have a glimpse of machinations inside the UK parliament: 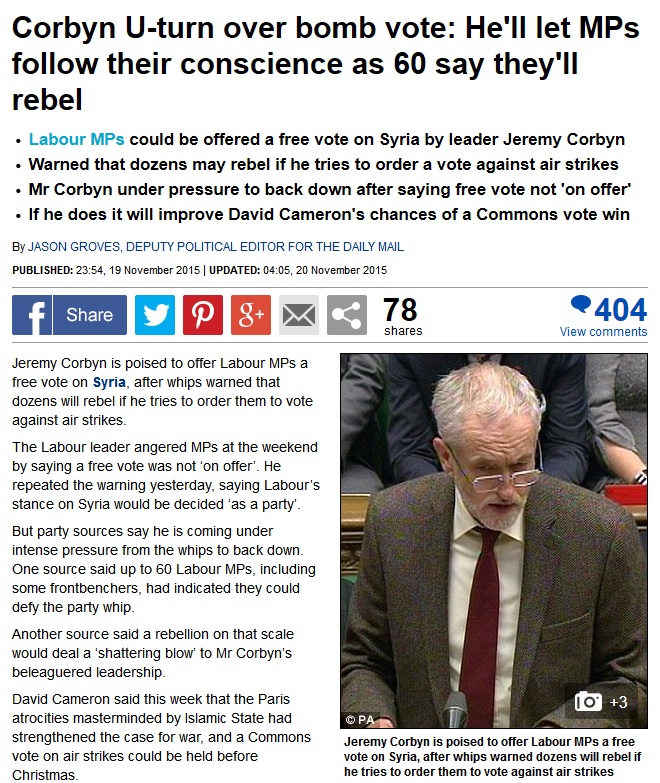 He’ll allow MPs to follow their conscience? They have no right to do anything other than what the PEOPLE want. That’s your JOB.

The reason these attacks have been fomented/faked IS to get the UK into a war we don’t want, and which we made CLEAR we didn’t want some years ago, where our young will be called up and blown to smithereens to make bankers wealthier. It’s been the plan all along: (Link)

So there we have an excellent overview of the whole incident. Make of it what you will. Whatever we do, we must not allow it to become war.