Following on from yesterday’s post, I’m back to demon gods again. Now, this is a long long rabbit hole, get a cup of tea (no, too much fluoride) or coffee (depletes you of zinc!)…. water? And I’ll begin the digging.

Libertas – Liberty as she is known, is often seen as a positive force for good – a representation of all that America stands for. This would be less of an issue, if she was JUST a representation, and not an actual demon god. Here she is as I showed her in my previous post: 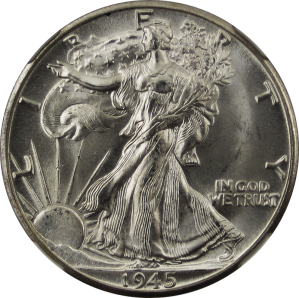 “The ancient Roman goddess Libertas was honored during the second Punic War by a temple erected on the Aventine Hill in Rome by the father of Tiberius Gracchus. A statue in her honor also was raised by Clodius on the site of Marcus Tullius Cicero’s house after it had been razed. The figure bears certain resemblances to Sol Invictus, the late Roman Republic sun deity and the crown often associated with that deity often appears in modern depictions of Liberty.”(Link)

“The fictional characters Columbia of the United States of America and Marianne of France, the Statue of Liberty in New York Harbor and many other characters and concepts of the modern age were created, and are seen, as embodiments of Libertas.” (source)

Columbia, as in ‘District of Columbia’ or just D.C., and of course, let’s not forget British Columbia in Canada, she looks a lot like Libertas: 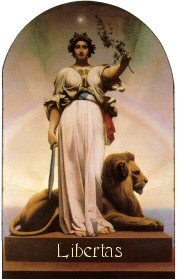 The Swiss, too, took on Libertas in another guise: [emphasis added]

The allegory is typically pictured in a flowing gown, with a spear and a shield emblazoned with the Swiss flag, and commonly with braided hair, commonly with a wreath as a symbol of confederation. The name is a derivation of the ethnonym Helvetii, the name of the Gaulish tribe inhabiting the Swiss Plateau prior to the Roman conquest. […]

…Merian’s Abundantia would develop into the figure of Helvetia proper. An oil painting of 1677/78 from Solothurn, known as Libertas Helvetiae, shows a female Libertas allegory standing on a pillar. In 1672, an oil painting by Albrecht Kauw shows a number of figures labelled Helvetia moderna. These represent vices such as Voluptas and Avaritia, contrasting with the virtues of Helvetia antiqua (not shown in the painting).” (source)

Interestingly, Switzerland is still very strongly associated with Helvetia: (from the same article)

“The Swiss Confederation continues to use the name in its Latin form when it is inappropriate or inconvenient to use any or all of its four official languages. Thus, the name appears on postage stamps, coins and other uses; the full name, Confœderatio Helvetica, is abbreviated for uses such as the ISO 3166-1 alpha-2 and vehicle registration code CH, and the ccTLD, .ch.

Notably, translations of the term Helvetia still serve as the name for Switzerland in languages such as Irish, in which the country is known as An Eilvéis, Greek, in which it is known as Ελβετία (Elvetia) and Romanian, Elveţia. In Italian Elvezia is seen as archaic, but the demonym noun/adjective elvetico is used commonly as synonym of svizzero. In French, Swiss people may be referred to as Helvètes. The German word Helvetien is used as well as synonym of Schweiz and has a higher poetic value. Helvetien is also more common in Germany, the German-speaking Swiss use simply “Helvetia” or “Helvecia” as poetic synonym of their country.”

Now, onto France – and again we see the very the same, Roman goddess, Libertas. France embodies Libertas as Marianne, and here we see her in her depiction on the great seal of France:

Very, very few people have come out against these powers – they hide in plain sight right there – the statue of Liberty is THE symbol many in other countries think of when they think of America. She is a representation of a demonic Roman goddess. She has no business in America, let alone as a graven image, as she is! Is she idolised? I doubt that. Do people worship her? I don’t think so. However, she is SERVED. Idols don’t have to be worshipped to be served – she is maintained, she is cleaned, she is recognised and revered. She stands for something – something which America is known for the world over. If only her ‘liberty’ could be connected to what America really stands for today – war, abortion, homosexuality and oppression! You note that as ‘liberty’ extends in America, the freedom and liberty of Christians diminishes! This is not a coincidence!

Some do recognise the fact, however, and John Benefiel, head of the Heartland Apostolic Reformation Network, said in August of 2011: (source)

“Libertas is also called the Freedom Goddess, Lady Freedom, the Goddess of Liberty. You know there’s a statue in New York harbor called the Statue of Liberty. You know where we got it from? French Free Masons. Listen folks that is an idol, a demonic idol, right there in New York harbor. People say, ‘well no it’s patriotic.’ What makes it patriotic? Why is it? It’s a statue of a false goddess, the Queen of Heaven. We don’t get liberty from a false goddess folks, we get our liberty from Jesus Christ and that Statue of Liberty in no way glorifies Jesus Christ. There is no connection whatsoever. So I’m just telling you we practice idolatry in America in ways that we don’t even recognize.”

So what to do?

Heavenly Father, I come to you humbly and admit to you that I know not what my ancestors were involved in. This being the case, and this being a place of much demon worship, I want to ask you to forgive me, as I stand here in repentance to you for the actions of my forebears.

I repent of all worship of this demon goddess in all her forms, I repent of all prideful associations with her – of any aspiration to embody what she stand for, which may have opened doors to satan, I renounce all images of her, which I now destroy and repent of. I ask you now in Yeshua’s Holy Name that you would forgive me for these sins and wash me clean in Yeshua’s precious blood. I ask you to separate me and my family from those sins as east is separated from west now, and break any curse you have placed into my family line because of those sins today. Amen.

I now, by Christ’s Authority, break all fealty, all connections and all soul-ties to this demon goddess in any guise whatsoever. I renounce her, and reject her, I command her and her emissaries to leave my life, family, home and property now, in Yeshua’s Holy Name. I renounce and break all assignments given to my family line by her. I say all this in Yeshua’s Holy Name. Amen!

As we come to this Day of Atonement, it’s a vital time to pray prayers of deep repentence for the sins of our forebears. I pray that you will have peace and blessings from God in this coming year.

10 thoughts on “Libertas – Roman goddess of America, France and Switzerland”